On March 17th, prog metal trio will be releasing their latest album, Warpaint. The seven track album is a year in the making, and the band have toured the country opening for the likes of Fates Warning and Pain of Salvation. All that time on the road means that the band listen to a lot of music, and vocalist/guitarist Clay Withrow shared a list of some of his favorite songs. Warpaint will be released on March 17th and can be pre-ordered here.
“I typically listen to an entire album rather than single songs but when we’re on tour or driving to a session, here’s what I might include on my playlist when it’s my turn to DJ. Also, I’m not what you’d call a metal connoisseur so I apologize if I offend any delicate snowflakes with my unapologetically mainstream choices. ”
Opeth, “Heir Apparent”
I love how this whole album is mixed. So warm and thick. Plus this is the standout song in my mind. Just mean as fuck verse and love the outro.
Meshuggah, “By the Ton”
This album is amazing and I love every damn song but when I’m driving to work, it’s By the Ton. The brilliant atonal riff and arrangement reminds me of a metal remix from a Metroid game.
Symphony X, “Evolution (The Grand Design)”
Again, whole album is great. Just love how warm everything sounds here. Still my favorite from them.
Megadeth, “Trust”
Sure, it’s cheese but damn Dave knows how to write killer intros. Plus the mix is just emasculate.
Alice in Chains, “Them Bones”
What needs to be said? Amazing album, amazing band and one of my favorite songs of all time that also was used (wink wink) in the original Doom.
Leprous, “Mb. Indifferentia”
I was pretty late to discovering these guys too but really love this song. Reminds me of Pain of Salvation a bit but with a little more avant-garde.
Metallica, “Blackened”
When I first got this album back when I was just a wee lad it blew my fucking mind. It has this distinct color and feeling that always fills my mind when I hear it. But where’s the fucking bass guitar?
Bloodbath, “Mock the Cross”
I’m not usually into straight metal or death metal but I love the tempo and arrangement here.
Living Colour, “Cult of Personality”
Still one of my favorites of all time. And just as relevant today as it was when it released.
Pantera, “10’s”
Dude, the guitar solo is so good. It’s always the highlight of their ballads but here it’s unmatched.
Pain of Salvation,  “Mortar Grind”
Love this album. Love. It’s dirty and just doesn’t give a fuck. This song feels like it was dipped in a nasty gutter or sewer. Love the grit.
Evergrey, “Recreation Day”
Not too many prog bands that have held my affection over the years but I still air drum this intro and riff all the damn time. 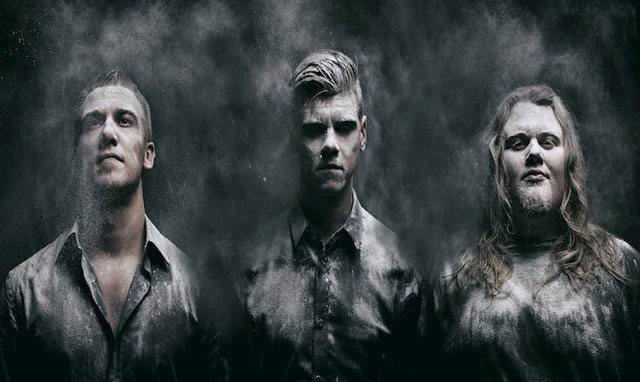