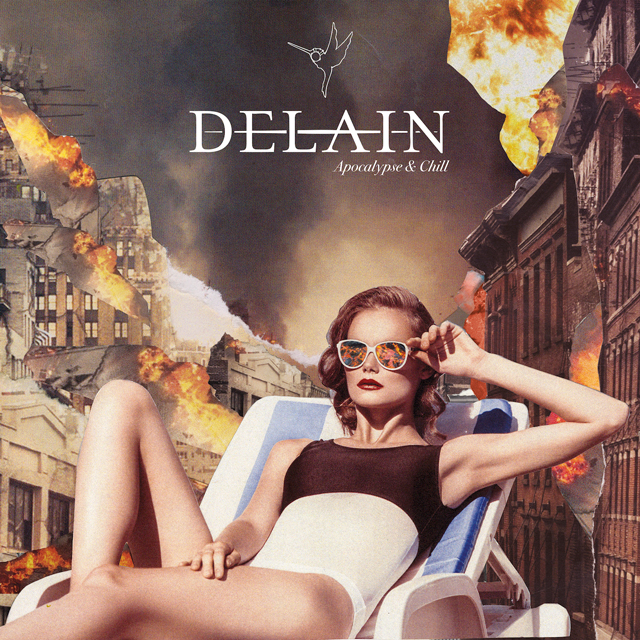 It’s the year 2020, Australia is on fire, we are at the edge of War World III, the coronavirus is spreading worldwide, and Delain is releasing the perfect soundtrack for the end of the world with Apocalypse & Chill. Grab your headphones, maybe some ice cream or a bottle of whiskey, perhaps both (some people like this kind of mixes), and let’s chill while the apocalypse happens in front of our very eyes.

For those who don’t know what a Delain is (again, there are people), they are a symphonic metal quintet from the Netherlands. Since their formation in 2002, they’ve become a driving force in the metal scene, with six studio albums, a live record, and several world tours under their belt. Additionally, several Festivals around the world, among them Wacken Open Air, Hellfest, Graspop, Download Festival, Tuska Festival, 70000 Tons of Metal, and many others.

The new album Apocalypse & Chill opens with “One Second,” a song that continues developing the fast and rocking sound that Delain consolidated with their previous release Moonbathers (2016). The most interesting thing about this track is the debut of guitarist Timo Somers on backing vocals. Not only was this a great surprise to see him sing, but he handled it pretty well and to deliver a great deal of power to the song. “We Had Everything” is a catchy and modern tune that will get stuck in your head for days, definitely a track that would be great to listen and headbang for a long while at a live show. “Chemical Redemption” could feel like another catchy tune. However, that is just the first layer as you continue to listen to it. You will discover more and more, from Timo’s technical guitar playing to Joey’s versatility and talent behind the kit to Martijn’s subtle keyboard lines, which provide the song with a kind of mystical soundtrack.

“Masters Of Destiny” is one of the crown jewels of the album, and definitely one of the heavy hitters. Once again, Delain pulls a fastball while listening to the grunting vocals during the middle of the song. You scratch your head, thinking who is the guest musician singing those powerful parts until you discover that is none other than Charlotte Fucking Wessels delivering those raw grunting vocal lines like the queen-beast she is. Then you learn to accept the fact Delain has once again surprised you with something you didn’t see coming and welcome it with open arms. “Vengeance” is a powerful track featuring guest musician Yannis Papadopoulos (Beast in Black), who does a great job singing along with Charlotte. It’s something we could see easily happening at a festival or during a future tour that could potentially have these bands on the same poster.

I love the futuristic/Blade Runner style of “To Live Is To Die” it’s a mellow & chill song (no pun intended). Even though the guitar riffs appear heavy, the drumming and vocal lines remain melodic and quite eclectic, resulting in a sweet SciFi atmospheric song. Another highlight that defines this album along with “Burning Bridges” and “Masters of Destiny” is “Let’s Dance.” It’s a track that showcases not only the record’s main theme but also a song full of heavy riffs that is catchy and easy to remember and enjoy. I was exposed for the first time to this track during the Delain shows in Budapest and Prague, as the perfect crowd-interactive song and one of the new favorites among the fans. I can’t wait to hear it live again during the festival season.

Alright, “Creatures” is a track that I found fascinating. It reinforces the guitar work that Timo Somers has put into the band and how his guitar playing has defined the group’s heavy sound during the last three albums. Still, the fascination for this song doesn’t stop there as Charlotte’s vocal power, and Martijn’s keyboard melodic lines make the track a beautiful affair designed for you to headbang from beginning to end.

Contrary to popular opinion and the most recent video clip, “Ghost Heart House” is one of my less favorite songs. I like the melodic approach, and the orchestration work is beautiful indeed, but there is a je ne sais quoi that had let me hanging on this song, maybe with time or perhaps a live version of it would change my perception but for now, not one of my favorites.

“Legions of the Lost” is just such epic and heavy track that not only shows us the apocalyptic lyrical aspect of the album, but it also shows the modern musical style that Delain has been developing throughout all these years. It is a beautiful song that carries everything Delain’s music is all about: heavy riffs, epic orchestrations, and real lyrics on contemporary issues. I can’t wait to hear this song live. “The Greatest Escape” is a catchy ballad that has a lot of melodic and atmospheric moments. It has power and grace, but overall, it borders between the wild and the calm sound of the band.

Apocalypse & Chill closes with an instrumental titled “Combustion.” It’s the product of the new forged Somers-Marin (Guitar/Drum) alliance. A powerful and ear-blasting 5:25 minutes symphony of strings and drum skins that not only showcases the musical talents of Timo and Joey but also allows to see a lot of their progressive influences and how they fit Delain’s own style.

Saying that Apocalypse & Chill is a great album with a clever title that clearly fits a global reality is an understatement about how fucking rad this album really. It reflects the growth and development that a band like Delain had over the last ten years. I am looking forward to listening to many of these songs live in the upcoming tours or summer festivals. I hope you can too.

Apocalypse & Chill will be released this Friday (7th) and you can order your copy here. 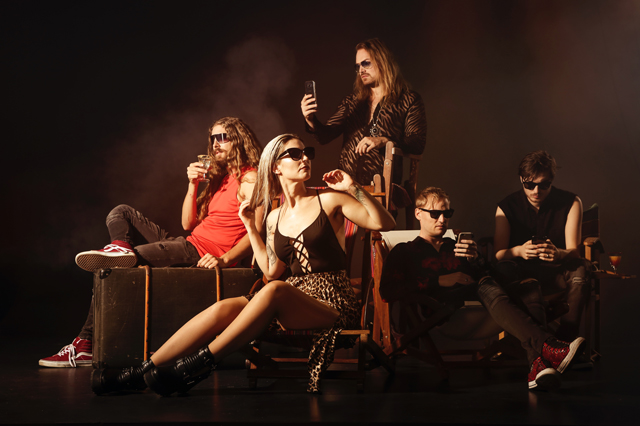 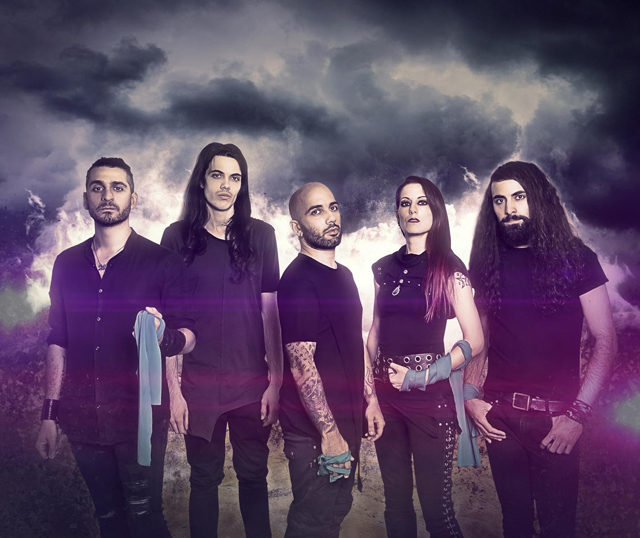