Phoenix thrashers, Sacred Reich have announced the return of drummer Dave McClain. While both McClain and guitarist Phil Demmel wrapped up their career with Machine Head, it seems both former members decided it’s time to revisit their prior projects. McClain played drums for Sacred Reich for four years between 1991-1995 before he joined the California metal outfit. Sacred Reich are aiming to release a new album sometime in 2019 via Metal Blade and planning a live schedule for 2019 and into 2020.

“It is with great pleasure that we announce that Dave McClain is once again a member of SACRED REICH! This was the best case scenario that we could have hoped for. Dave is the best! A great drummer and a great person and we are beyond excited to welcome him back to the band. We’re headed into the studio in February and can’t wait for you all to hear our new record due in the Summer of 2019!”

“I’m so excited about re-joining my brothers in Sacred Reich. To have the opportunity to make and play music with one of my favorite metal bands was always something I hoped could happen. I can’t wait for everyone to hear the new album that we’re recording in February and to come see us out on the road in 2019-2020.”

Meanwhile, Demmel recently filled in for Gary Holt for a few dates of Slayer’s European farewell trek. Now that the year is coming to a close, Demmel plans to re-release his former project, Torque’s 1996 self-titled album on January 18th. The record will feature material that’s over 20 years old as well as including four previously unreleased tracks. Demmel didn’t mention any plans for a new album but he did express his interest in “jamming with my old friends at some point.” Pre-order the re-release album here.

Been working on this rerelease for quite a while and it’s finally happening. It includes 4 songs we recorded and never released and will be available digitally and on vinyl for the first time On Jan 18 2019 Pre-order LINK IN BIO!!!!!!Keep in mind THIS IS OVER 20 YEARS OLD and not a new project. I won’t rule out jamming with my old friends at some point but this is a RErelease. 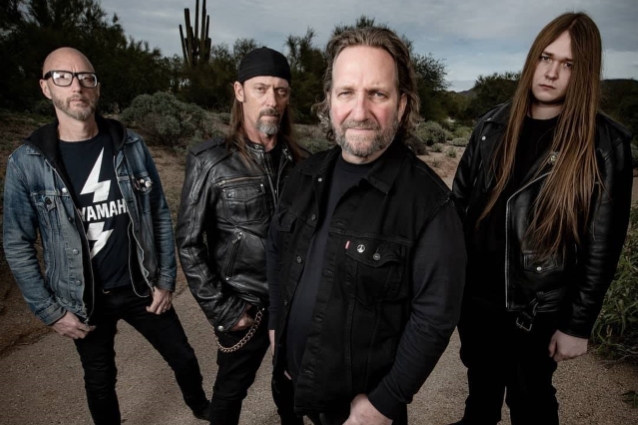