If you’ve been reading this column with any regularity since its inception, you’ll remember that numerous printings last summer had lists containing over twenty albums, some even drawing close to thirty. Even the very first edition of N&N had 25 new releases, a list that was exhaustive to cover in its entirety. Well, I guess that the metal community decided to start flooding fans with new releases earlier in 2011 than in 2010, as 20 new albums are filling shelves today in the post-Grammy haze. And while metal received the usual pre-show snub, a much-deserved win for Iron Maiden is a victory for every metal fan around the globe, and reason enough to celebrate with new tunes from some heavy hitters.

The return of one of the most controversial bands in Florida death metal is a welcome sight to metal veterans everywhere, as is a reissue of a classic from one of death metal’s fallen heroes. Meanwhile, the younger generation of metal fans have a metric ton of hardcore, deathcore, and technical death metal being dropped on their heads today. This list isn’t going to read itself, though, so click through and see why you should already be at your record store with your wallet out!

The album art certainly isn’t enough to spark the ire of conservative groups in the way that Once Upon the Cross did, but the title of Deicide’s tenth full-length album will certainly do its fair share in inciting the wrath of religious and political activists everywhere. But isn’t it obvious that Glen Benton thrives on that anyway at this point? I’m convinced that Deicide’s career will end only when they fail to receive any backlash from the extreme conservative elements of the world. Given the ever more blasphemous nature of their lyrics and the strength of a new deal with Century Media, that seems unlikely at this point.

It took five albums and nonstop touring to get Neuraxis the notice they deserved, but it was worth the wait for most technical death metal fans. 2008’s The Thin Line Between was a magnificent album, serving as a more aggressive counterpart to Meshuggah’s obZen. On the strength of that album, Neuraxis built up a formidable fan base that has eagerly awaited the release of Asylon. By melding the intricacy of Meshuggah’s sound with a dose of brutality drawn from early Suffocation, Asylon is sure to leave listeners with blown minds and a serious case of thrashneck.

Emmure, Speaker of the Dead (Victory)

It’s hard to do as poorly as Emmure did on 2009’s Felony, a record that earned frontman Frank Palmeri almost universal comparisons to Fred Durst. Luckily, Speaker of the Dead manages to be slightly heavier than its predecessor, bringing a decent imitation of The Acacia Strain to their sound. The problem, though, is that Palmeri doesn’t drop the Limp Bizkit act at all. Is Emmure trying to be a newer, heavier version of E. Town Concrete? I’m not sure, but the kids are eating it up, as Emmure remains one of the highest sellers in the hardcore/deathcore scene.

Korpiklaani remains one of the few successful folk metal bands that have an element of fun in their music. Unlike Ensiferum, Turisas, Eluveitie, or even Finntroll, Korpiklaani is successful because they create folk metal with an enjoyable (and often unintentional) tongue-in-cheek aspect within their sound. They have their fair share of songs with serious tones as well, but 2009’s Karkelo (the Finnish word for “party”) ensured that Korpiklaani would forever be known as the party crew of folk metal. Ukon Wacka might have a darker tone overall than Karkelo, but with the song “Tequila” included in the track listing, listeners already know that some levity can be expected.

The Famine, The Architects of Guilt (Solid State)

Christian metal seems to be getting more and more unforgiving and abrasive in its lyrical messages in recent years. Both leading artists and energetic newcomers have cut the metaphors and niceties from the lyrics, and replaced them with harsh, uncompromising calls to action. The Famine takes up that torch on The Architects of Guilt, a record devoid of subtlety or restraint. Last year’s departure of vocalist Kris McCaddon doesn’t seem to have affected the band in the slightest, as former bassist Nick Nowell has filled his shoes quite well. This is furious, assaultive death metal with a message, and those willing to listen will enjoy what they hear.

Dr. Acula is one of those bands that you can immediately tell aren’t trying to be taken seriously. Unlike iwrestledabearonce, a band with a sense of humor in their titles that still sings very intense songs, Dr. Acula aims to make you laugh while you headbang. Their 2008 debut album was called Below Me, and there is no way that anyone can release an album named after an SNL Celebrity Jeopardy joke and still try to be serious. That said, Slander is still pretty vicious in its musical offering, and as long as you’re not reading the lyrics as you listen to the songs, you’ll find some decent deathcore riffs amidst the comedy.

The Norwegian gothic metal group led by multi-instrumentalist Morten Veland (who also founded and later left Tristania) was shaken up in a big way in 2007 when female vocalist Monika Pedersen left the band over musical differences. It turned out to be for the better, though, as 2009’s The 13th Floor earned rave reviews from numerous sources. New vocalist Ailyn, a winner of the Spanish version of The X Factor, proved herself to be one of the best new female vocalists in gothic metal with her performance on that album. The Enigma of Life is a continuation of that success, featuring new sweeping compositions and more of Ailyn’s fantastic vocal range. Sirenia is unknown to many, so if you’re looking for a new female fronted gothic metal band for your music collection, this album is a great pickup.

The first in a series of Death reissues planned for this year, the two-disc reissue of The Sound of Perseverance features a disc of demos from 1997 and 1998, some of which interestingly feature no bass guitar. This album is one of Death’s seminal classics, so collectors will want to pick this up just for the historical value and the intriguing new artwork. There is also a three-disc reissue exclusively for sale through Relapse’s webstore, limited to 2,000 copies and featuring even more bonus material, is a must-have for the die-hard fans of Chuck Schuldiner.

Mogwai, Hardcore Will Never Die, But You Will (Sub Pop)

The Warriors, See How You Are (Victory)

Gay for Johnny Depp, What Doesn’t Kill You, Eventually Kills You (Shinebox)

Close to Home, Never Back Down (Razor & Tie)

Next Week: A couple of metalcore heavyweights duke it out for top billing, and a forgotten son of Finnish power metal attempts to find his redemption. Sounds like the beginning to an exciting novel! Come back for the next chapter in seven days! 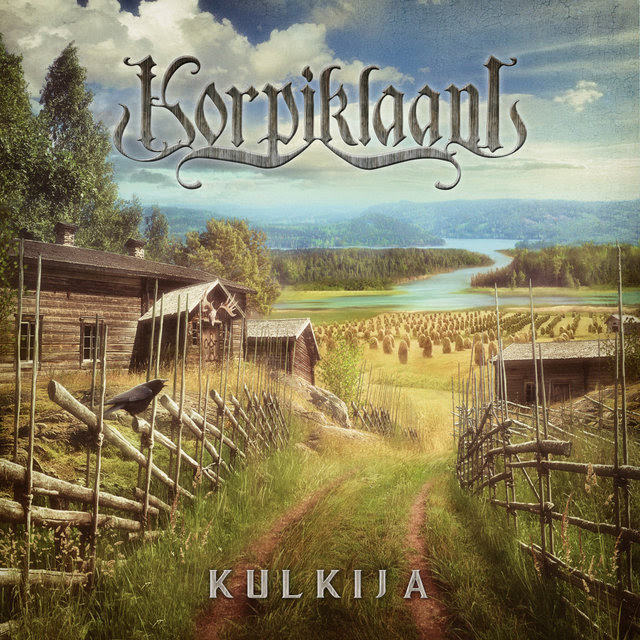