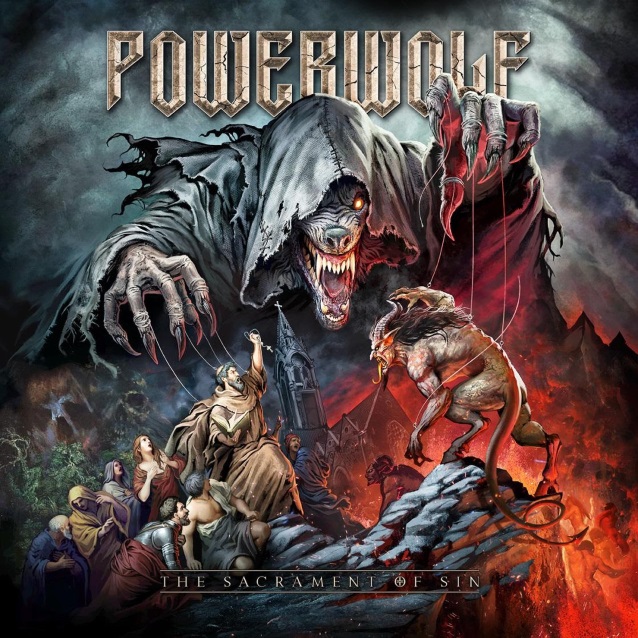 Powerwolf are gearing up to release their follow-up to 2015’s Blessed & Possessed. Although the release date hasn’t officially be revealed, we should expect to see their overall seventh album, The Sacrament of Sin, arrive sometime this year via Napalm Records. Today (3rd), the group unveiled the cover artwork as well as the tracklisting.

“We’re proud to finally unveil the album title along with the amazing cover artwork of ‘The Sacrament of Sin.’ While we are in the final stage of mixing the album at Fascination Street Studios we can’t wait to unleash this monster and celebrate this new chapter together with all of you – expect nothing less but a mass more intense than ever, bringing some new elements to the liturgy while being as wild and wolfish as it could!”

3) “Killers With The Cross”

5) “Where The Wild Wolves Have Gone”