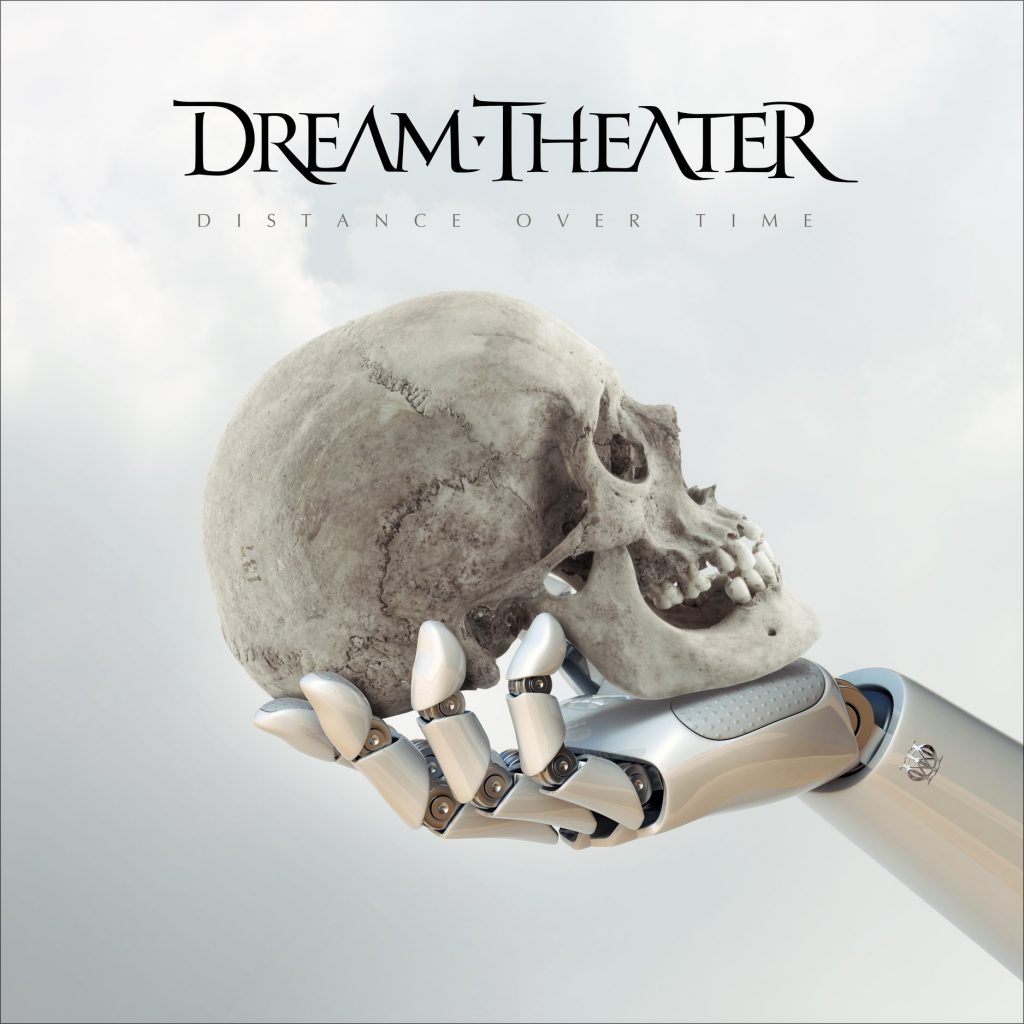 Dream Theater is ever evolving and never stagnant and you can see that in their overall fourteenth studio effort, Distance Over Time, which was released today (22nd, order here) via Inside Out Music. The progressive metal legends’ latest creation had a very specific path to existence. Constantly processing everything about the music they create in an effort to discover a deeper meaning in life and their expression of it, the band completely changed their approach for this record. Conceived and created in a metal commune of their own creation, the group lived together, forsaking all outside distractions in an effort to reconnect as a band, people, and as friends. Guitarist John Petrucci, bassist John Myung and drummer Mike Portnoy met while attending Berklee College of Music in Boston, Massachusetts. In 1985 the three friends formed a band that would later become Dream Theater. Vocalist James LaBrie joined Dream Theater in 1991 replacing original singer Charlie Dominici. Keyboardist Jordan Rudess joined the band in 1999 adding the final element to the line up. Portnoy would leave the band in 2010 to be succeeded by drummer Mike Mangini, a former faculty member at Berklee. With the addition of Mangini, Dream Theater continued creating their progressive metal legacy.

A return to a simpler time in their history has sparked yet another transformation and resulted in Dream Theater’s acutely focused approach to this record. The result is an album that stands apart from all previous efforts, and is antithetical to 2016’s The Astonishing, an epic concept album running over an hour and a half long, and consisting of 34 separate tracks. Distance Over Time is indeed, a very different animal.

The supplanting of the human race by technology is suggested on the albums stark, yet striking cover art by Hugh Syme, a Canadian artist known for creating most of the cover art for the band Rush. The cover depicts a human skull being held by a robot hand in a modern day Shakespearian image of contemplation. In a way the album is about finding meaning in a world where human interaction is being replaced by digital distance. Further solidifying the band’s approach to the record.

The first single “Untethered Angel” sets a tone of heaviness, beginning with a quiet, somber tone before suddenly driving. The track is perhaps the most mainstream on the album and a fitting entrance.

“Paralyzed” is concise and sweeping with great piano and guitar work from Jordan Rudess and John Petrucci respectively. It’s a straight forward heavy rock tune. The album’s second single is next. “Fall into the Light” does not let up as a thudding groove builds and builds before opening up into a hypnotic interlude before once again returning to controlled chaos. “Barstool Warrior” moves the album in a more catchy, mainstream direction on par with only the strongest of heavy rock ballads. Rudess once again shines on the grand piano adding depth and grace. “Room 137” is an ominous track with some slick vocal tricks giving it a very retro Beatlesque feel at times. A solid contrast to the rest of the record adding dimension.

“S2N” features some astounding lead work by Petrucci while “Wit’s End” showcases the rhythm section and the relationship between Mike Mangini and John Myung. The diversity of the album continues morphing and weaving seamlessly through feels and styles. “Out of Reach” is thoughtful and sweet. “Pale Blue Dot” is pure shredding musicianship on display, classic Dream Theater honed to a keen, concentrated edge. A bonus at the end of Distance Over Time is the track “Viper King.” A straight up groove fest and a fitting end to this musical experience. As bonus tracks go, this one is pretty tough.

Overall Distance Over Time is a very focused, powerful effort with a ton of musical range, depth and discipline. The aim was to get back to the bands roots and what came forth is the product of a talented group of musicians and friends who have once again connected in a way that may change them forever. Distance Over Time receives high marks for its creativity, musicianship and diversity.

Next month, Dream Theater will embark on a North American Tour. Check out their tour dates here.