Over the past five years, Swedish power metallers Sabaton toured North America a handful of times as openers. They supported bands including Amon Amarth, Nightwish, and most recently Trivium. However, out in Europe, they frequently headline, have their own 4-day Sabaton Open Air Festival and a full cruise experience. They are a unique act to see live. Let’s face it, it’s not too often fans go to a show while being educated about world history. Back in 2012, the group had their first North American headlining run, leading stages such as The Gramercy Theatre in NYC, Reggies Rock Club in Chicago, and the Soundstage in Baltimore. At that time, it didn’t seem like North America were fully prepared for such a battle. The band regrouped and figured it was best to support other acts and over the course of five years, they felt it was time to return to North America as the main attraction.

The group had a play on words for this tour calling it The Last Tour to promote their last album, 2016’s The Last Stand. Many fans waited a long time for this moment. The journey kicked off on April 20th in Philadelphia and concludes on May 22 in Maryland. We were very lucky to attend their NYC show on Friday, April 21st at the Playstation Theater. What’s better than headlining a show in Times Square NY with a two-ton Sabaton tank? Nothing! They brought their roughly 8-month in the making, handmade two-ton tank drum kit riser to NYC and it was awesome. Additionally, this run brought Finnish metallers Battle Beast to tour North America for the first time and we had the pleasure to see the symphonic metal act Leaves’ Eyes as well.

Typically, the house doesn’t fill up for the opening act. However, there was barely a place to stand when it was time for Battle Beast to make their live debut in New York City. The lights dramatically turned on, the band rushed to the stage and suddenly there was a handful of tech issues during the first song “Straight to the Heart” from their new album Bringer of Pain. Luckily, fans knew the words and continued to sing along. They were thrilled to see the group and no one seemed to care about the technical issues. Vocalist Noora Louhimo owned the platform and the sound glitches fixed itself partially into the next song “Familiar Hell.” The set also included songs “Black Ninja,” “Touch in the Night,” “Bastard Son of Odin,” “King For A Day,” and “Beyond the Burning Skies.” No one wanted them to walk off that stage. It was a standard time frame for an opener. However, it was a bit heartbreaking seeing them walk off. Hopefully, they will return soon enough.

Next up were Leaves’ Eyes with new vocalist Elina Siirala. The group were there to support their latest album 2015’s King of Kings along with getting fans adjusted to Siirala’s vocals. Her energy was charming and sharp and the overall chemistry with the group was visible that night especially with vocalist Alex Krull. The songs flew by including “Halvdan the Black” and “Edge of Steel” from the aforementioned album.

After a short break, the stage turned into a Sabaton battlefield as the group in their trademark cargo pants jolted to the platform. The packed house embraced the tunes and frontman Joakim Brodén was taken back from the crowd’s response as they cried out “USA! USA! USA!” Bassist Pär Sundström led center stage several times while guitarists Chris Rörland and newest member Tommy Johansson continued to shred on the side. It was quite an experience and we heard songs throughout their entire career ranging from 2005’s Primo Victoria to 2016’s The Last Stand. While Sundström, Rörland, and Johansson had hair long enough to whip around, Brodén showed off his flexible moves.

Following their iconic tune “Carolus Rex,” Brodén gave the fans a chance to decide on the next song. They had a choice between “The Carolean’s Prayer” or “A Lifetime of War.” While the crowd was divided in screams, “A Lifetime of War” won the contest and Brodén sang in Swedish. Despite having an enjoyable setlist, the band gave an extra unplanned tune with “Swedish Pagans” from 2008’s The Art of War.

For those who have seen Sabaton before in North America, this headlining run will blow you away. Hopefully, after the success of their journey, it would make them consider returning again as the main act. They give their fans everything imaginable. Between the performance, the set, and the always surprising setlist; there’s not much more anyone could ask for.

Check out the full setlist:

Encore:
“Swedish Pagans”
“Shiroyama”
“To Hell and Back” 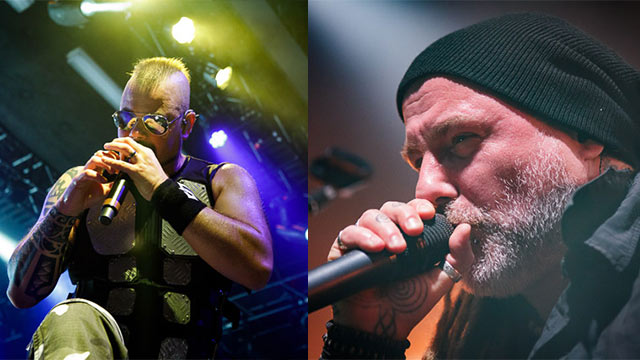