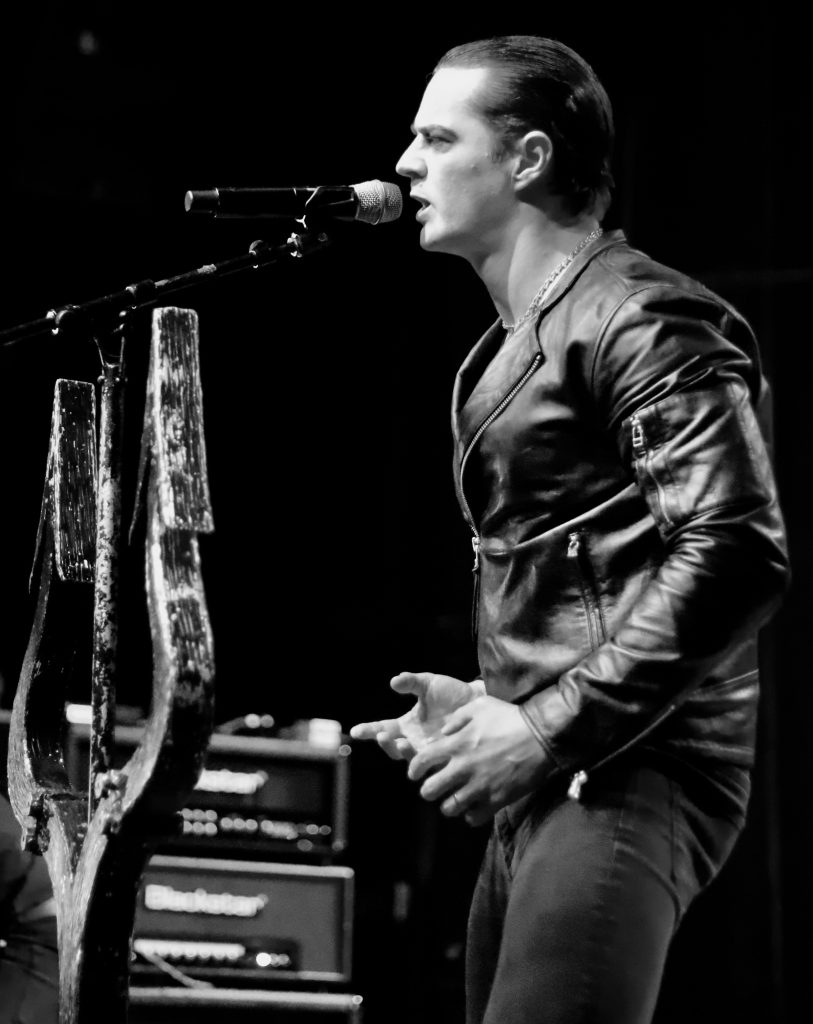 I must admit, this was a melancholy show for me. Not because the show was sad or depressing. In fact, it was the opposite. Rather, I knew that this was likely the last time I would be seeing Satyricon live in the United States. And yes, I do travel to Norway quite often, but there’s nothing like being able to simply get on a short train ride and see one of Europe’s most famed extreme metal bands right in the comfort of your own side of the Atlantic.

This was just a killer bill. Satyricon – yes – WITH Frost and Anders Odden and the mighty Goatwhore to start things off. Sold out show at the Gramercy Theatre in Manhattan, which is really one of the best venues to see live music these days. They don’t oversell the venue and there is usually seating in the back of the room for those of us in the 40+ crowd. Sight lines are generally good all around and there is definitely an up close and personal feel to the floor area. And, if I might mention, the downstairs bar area where the merch is sold is a great way to be able to actually talk to the merch people and take your time looking at all the t-shirts and hoodies for sale. In fact, after Goatwhore’s set, the band was downstairs at their merch table posing for photos and having a great time with fans.

Let’s start with the openers – Goatwhore. I’m not quite sure how many times I’ve seen this band live now – and on two continents. Why do I keep seeing them? Real simple… they’re amazing. This is possibly the hardest working band in extreme metal and they put on a high energy, intense show every single time they hit the stage. There’s no 75 or 85 percent with these guys from down the bayou. They just go out and perform and aren’t done until they’re covered with sweat from head to toe. Oh, and in case you haven’t heard, they simply do not have a less than stellar record. Every single one of their releases is pulsing, grinding metal. You want to get a crowd pumped? Have Goatwhore as your opener.

Satyricon was here touring the US in what has been billed as their final venture into North America. While I’m not happy about this, I can understand. This type of music is not particularly popular in the Midwest and it is now such a hassle to deal with visas and taxes and the particulars of inter-continental travel. There is a great deal of risk for bands to come to the US because there is so much ambiguity in terms of what to expect.

The band opened with “Midnight Serpent” off the newest record, Deep Calleth Upon Deep, and then went into “Our World, It Rumbles Tonight” from their previous s/t record from a few years back. A fan favorite from the remarkable Age of Nero album followed, with “Black Crow on a Tombstone.” Over the course of the 90+ minute set, Satyr and company gave us a smattering of their best cuts with an eye towards the more recent material. Of course, the New York crowd did get treated to Frost’s amazing drum work on the classic “Mother North.” But honestly, the band played 18 songs that all hit the mark.

The extremely diverse and very collegial audience savored every moment and it was fun to see Anders Odden on bass here in the US. Odden contributes a great deal to the live show and he performed some very significant work on the latest record. If I could change anything it would have been a riser for Frost who was a little hard to see from the floor area. We could, of course, certainly hear him. And while speaking of sound, I noticed much better sound on this tour than their previous one in the States; largely because it simply wasn’t ear-piercingly loud. It seems that more bands, especially from Norway, are learning that louder isn’t always better. I hope someone sends Dimmu Borgir that memo. 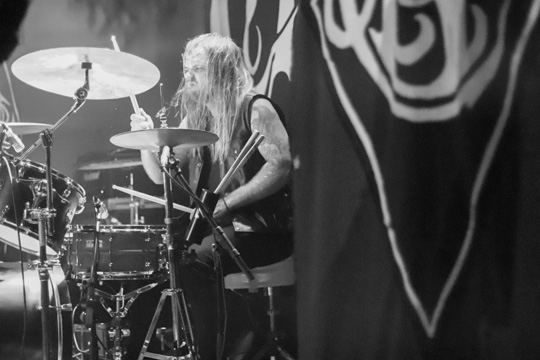