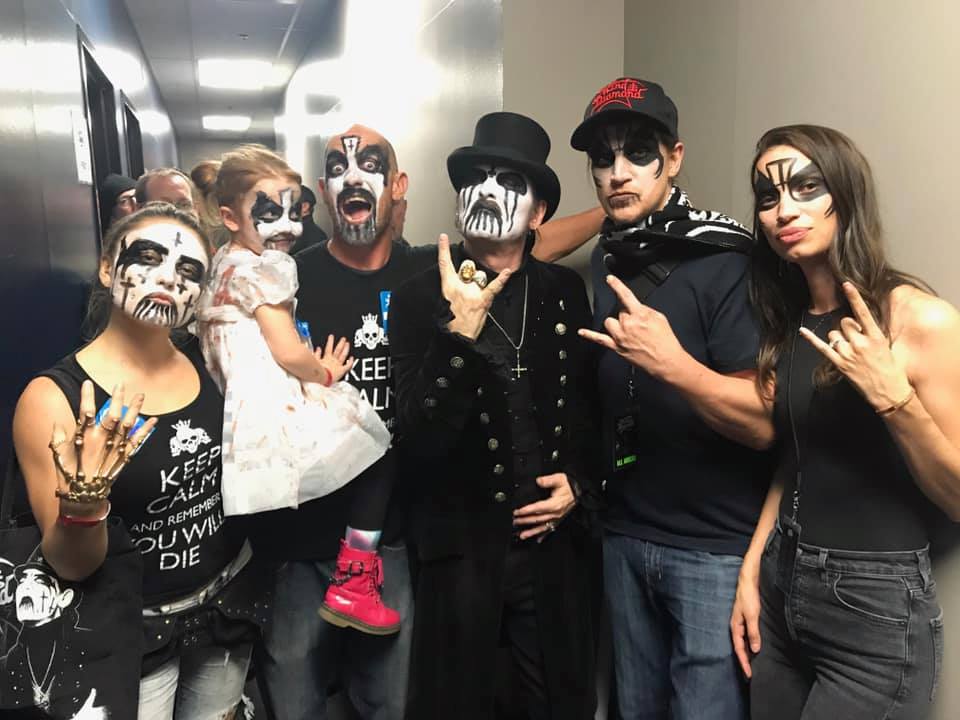 The weekend had an extremely gloomy start for King Diamond when the Danish metal legend announced the death of one of his youngest fans. On Friday (21st), the singer issued a heartfelt message on social media to honor the late four-year-old fan, Larissa. The young girl attended King Diamond’s show in Anaheim in December 2019 as the singer remembered seeing her rocking out to the music. Along with the message, the artist shared a photo including Larissa and her parents.

“This beautiful young King Diamond fan left us unexpectedly, at the age of four.

She was as true of a fan as you could ever have. I saw her the first time at our Anaheim show this past December, sitting on the shoulders of her father, four rows into the audience, singing along with every single word, all through the show.

Giving horns and waving, she actually blew my mind and as soon as we got off stage, I asked one of our people to try and get a hold of her and her parents so we could meet them backstage.

We had a nice long talk, they were amazing people, and we took some photos and hung out for a while, and little Larissa was just shining like a jewel.

Unfortunately that was the only time I got to meet her face to face, but I do look forward to hear more about her in the future, from her parents.

Larissa, I wish you a safe journey to wherever it is you go, and I hope someday to meet you again. You were so very special and left so way too early.

Stay Heavy, little one, you are very very loved.

We send our deepest condolences to Larissa’s family during this horrible time.