Machine Head frontman/guitarist Robb Flynn has released a video statement on Facebook live revealing longtime members guitarist Phil Demmel and drummer Dave McClain have both quit. Flynn added that Bassist Jared MacEachern “kinda quit,” but decided to stick around. While the reason wasn’t mentioned, Flynn implied that they have grown apart both musically and on a personal level.

Next Thursday (4th), the band are scheduled to return to North America that was originally the second leg to support their latest effort Catharsis, which was released last January via Nuclear Blast. However, the frontman explained this run will be a farewell to this era/lineup of the band.

“Wednesday night, Phil Demmel quit Machine Head. Yesterday afternoon, Dave McClain quit Machine Head. And Jared, kinda quit but didn’t know if he was quitting for sure. The tour is still going to go on. We have all agreed to make this a celebration of our music and this era of the band. We have grown apart as people. Musically we have grown apart. I have held on too tight to the reigns of this band and I have suffocated those guys. I got some rough edges.”

“Those rough edges have given us the success we had but they also hurt the people around me. I got a lot of drive but I got a lot of anger and rage. And that drive of mine has alienated folks in the band. I ask that you respect Phil and Dave’s decision as I respect their decision. I want to say that I’m honored and greatful for everything that they have contributed to Machine Head, which is a lot. Fifteen years with Phil, 23 years with Dave and numerable riffs.”

“I Don’t know what the future holds. We’re all a little scared. I’m scared and they’re scared. But, if you’re looking for a drummer or a guitar player, you can find no better people to have.”

“This upcoming tour is going to be a celebration of this era of music and this lineup and but maybe the best era of Machine Head ever.”

“It’s going to be like the Ozzy’s song, Goodbye to Romance.”

Many misunderstood Flynn’s original video and took his announcement as Machine Head calling it quits altogether. The frontman clarified the news on his Instagram, assuring this isn’t the end of the band:

The group’s latest effort wasn’t received as well as the band hoped, which makes us wonder if things started to unravel before the recording of Catharsis. Perhaps this hiatus will help Machine Head rebuild and lead to a stronger return. 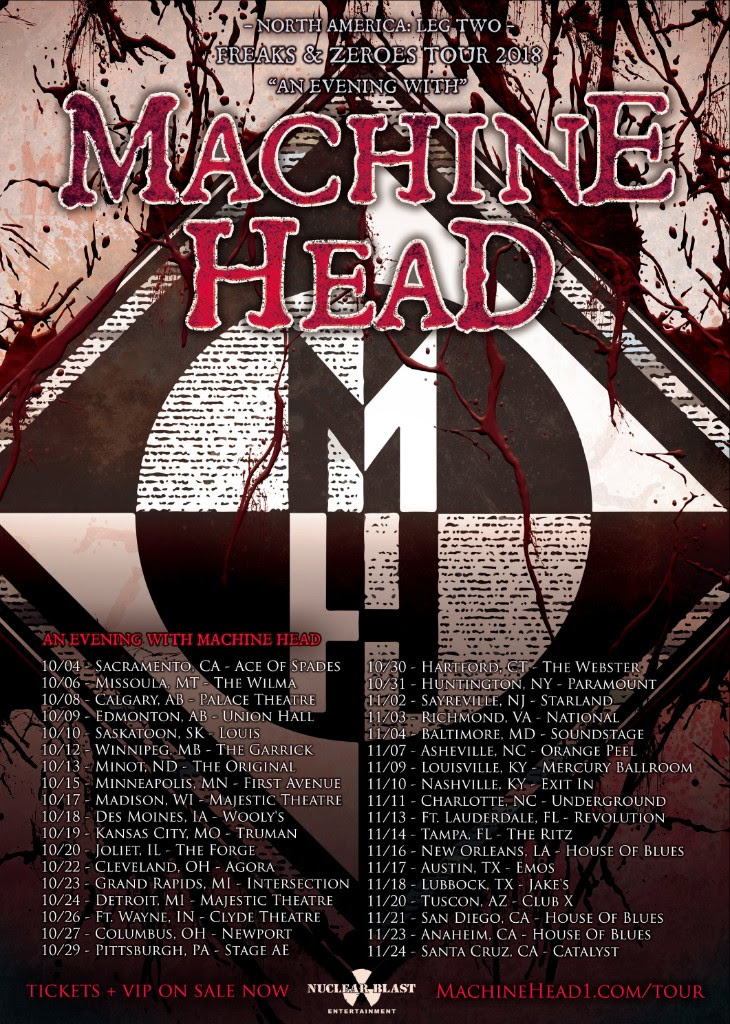