It’s no secret that Tool guitarist Adam Jones is a huge fan of professional wrestling. Not only did he play the Star Spangled Banner at the WWE’s Summer Slam back in 2011, but he even proposed to his girlfriend last year at the Royal Rumble. So it probably shouldn’t come as a big surprise that there’s a bit of a mutual admiration society going on with some wrestlers. Heath Slater, Drew McIntyre and Jinder Mahal, collectively known as the Three Man Band, got a concert by another three man band (that’d be Tool minus Maynard James Keenan) at the band’s rehearsal space. McIntyre tweeted about the set from the band, stating “Big thank you @ToolMusic for once in lifetime private concert. We chose three songs, Sober, Schism & 46&2…AMAZING!”

That must have been amazing. Considering the band is pretty private generally, and they don’t really play too many shows, let alone small shows, it truly was a once in a lifetime event. And it was probably nearly as exciting for Jones to hang with some of his favorite athletes. 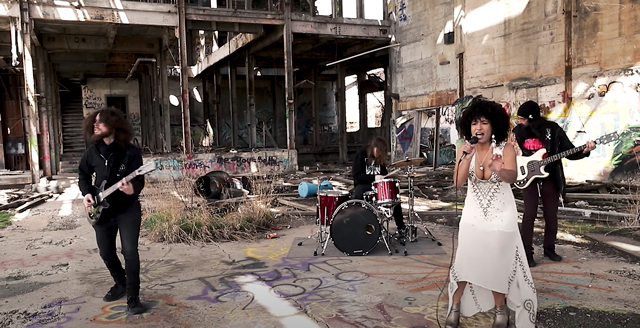