Between the Buried and Me have been ticking off quite a few boxes on their list over the course of their 16 years of albums. Classic album they’ll be known for for years? Alaska and Colors are two of them. Covers album? There’s The Anatomy Of, which found them covering Motley Crue, Metallica, Queen and Soundgarden. A two-release concept album, The Parllax had that covered over the course of two years. However, they’ve never released two albums in a year, and that’s what’s happening this year, as the band have announced a pair of albums called Automata!

The first installation of the albums will be out on March 9th, and Part 1 will be released via Sumerian, the band’s new label. You’ll be able to pre-order it this Friday (19). There’s no word on when Part II will be out, but suffice it to say, you’ll get to hear a lot of the first installment on their just-announced tour that begins a week before that album is released. The Dear Hunter and Leprous will be joining them on tour, and here’s where you’ll be able to see it.

Excited to announce our two-part album Automata! Part I will be released on March 9th via @SumerianRecords and we’ll be touring this March with @therealTDH & @leprousband.
VIP on sale now: https://t.co/BT9qvKDb1v
Pre-orders and tickets on sale this Friday. pic.twitter.com/VRxLFIzGOx

Tags: Between the Buried and Me, Leprous, The Dear Hunter 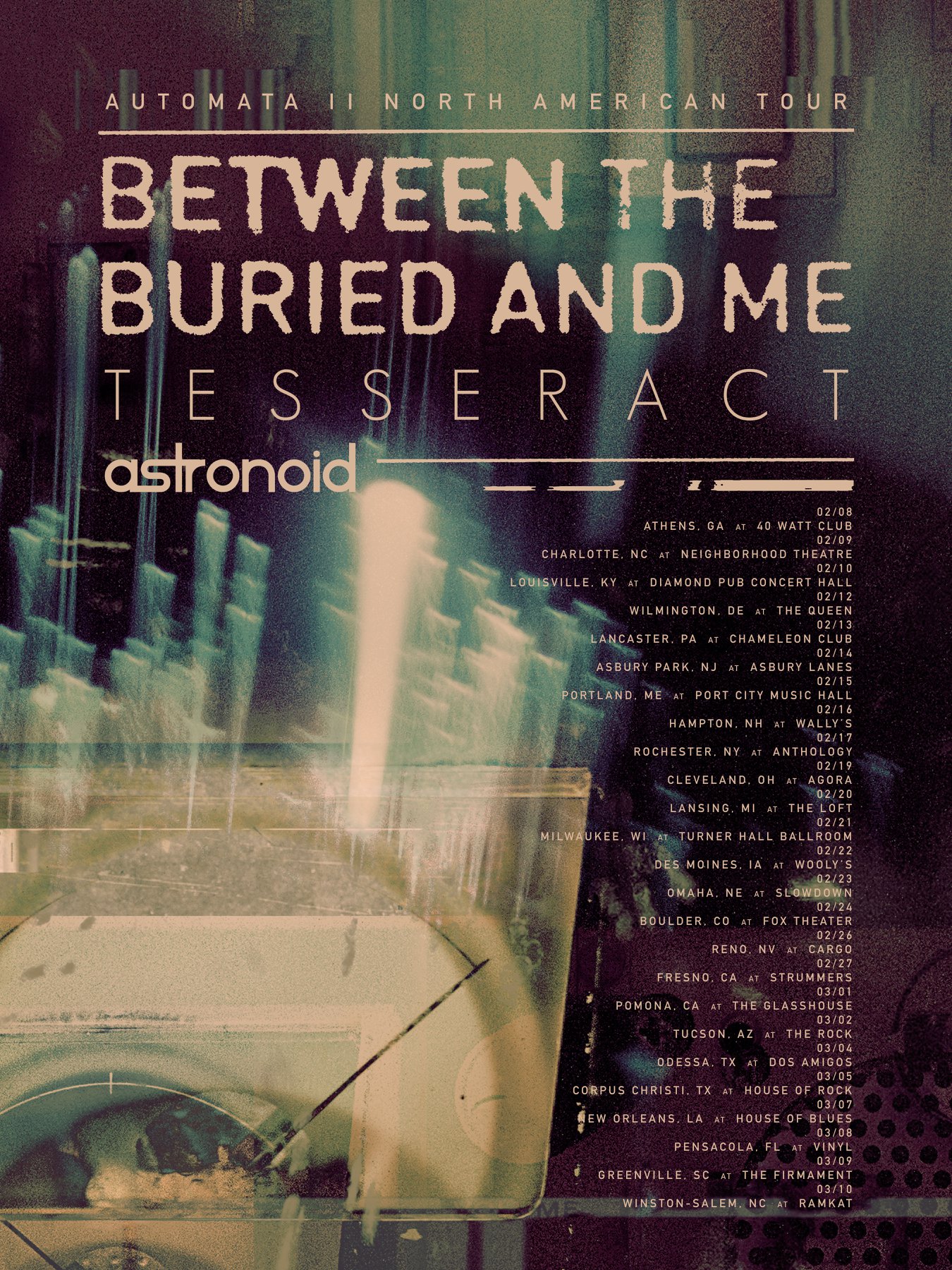