When you think about someone who has been in the music industry for a while, you should think of Rob Zombie, as he’s been in the business for nearly 30 years. Therefore, it’s interesting to ask him about the state of rock and metal to get a perspective from someone who has been involved in it for a while on how it has changed, and he does have opinions about artists like David Bowie, Slayer and Slipknot.

During a recent interview conducted by hngn.com, Zombie dove into the subject of rock stars like the now-gone David Bowie, Prince and Lemmy and stated how those “larger than life” stars are disappearing by saying:

“David Bowie was probably the most – I don’t know if it was influential, there’s nothing in my music that would be influenced by Bowie – but as a figure, someone who I’ve listened to my whole my life. I’ve always liked him because he was following is own muse. He wasn’t following a trend, oh, this is what I should be doing. He made his own rules. All three of them, actually. That’s what’s great about all of them. You could say the same thing about Prince, and you could say the same thing about Lemmy.

The thing about Lemmy, look at Lemmy in Hawkwind, and look at Lemmy on the last Motorhead tour, and it seems like the same fuckin’ guy. Totally unaffected by the world around him. He knew what he was going to do, and that’s what he was going to do. And that’s how I feel. I don’t feel affected by what’s going on around me. And that’s what I admire most about all three of those people. Their creativity was its own vacuum. Disco didn’t affect Motorhead(laughs).”

“I think it’s been happening for a long time, and I think the death of that became with grunge, truthfully. There seemed to be a trend in the ’90s, when Nirvana came out and these bands, everybody got confused by it and thought we need all our rock stars to look just like us. So what happened is was everybody started not looking different, acting different and being larger than life.

Everyone was like, oh, all the rock stars are so boring, I don’t care anymore (laughs). People go, oh my God, Prince; oh my God, Bowie; oh my God, Lemmy. Why is that? Because they were all larger than life. They weren’t just like you. They weren’t like you at all. That’s the goal. I don’t think anybody ever goes to a concert – I never did – boy I hope the guy that comes out on stage is just like me! I didn’t see anybody that was just like me as a kid. Alice Cooper and Gene Simmons and Elton John might as well have been from another fuckin’ planet as far as I was concerned, and that’s the way I liked it, and that’s the way it’s supposed to be.”

On the same interview, he praised Slipknot as the last band to differentiate themselves performance-wise in the past few decades by saying:

Zombie also spoke about the bands he has toured and shared crowd with and which one weren’t specifically a perfect match:

Well, we haven’t done tours with Disturbed before so I don’t know how that’s going to be. I think it will be fine. We wouldn’t do it if I didn’t think it would be a good match, but I haven’t done it. Korn, we’ve done at least four tours together before, and it’s great. Our audience, their audience, it’s a great mesh. Everything about it is a perfect mixture, so that’s why we love doing it. It’s hard to say. We did a tour with Marilyn Manson a few years ago and that was a really good match, Alice Cooper was a really good match, but sometimes you tour with a band you like, and you’re good friends with the guys, but the crowds just don’t match. You can really see the division in the crowd.”

“We did the tour before that was us and Slayer. We’re good friends with Slayer, they’re all great guys, but for some reason on that tour it really felt like it’s our fans, and it’s their fans. Backstage was great and the vibe was great, there was nothing between the bands, but you could feel it wasn’t one solid crowd. It wasn’t horrible, but it wasn’t the perfect match.”

You can read the rest of the interview here and make sure to catch him on tour at any of the following dates below: 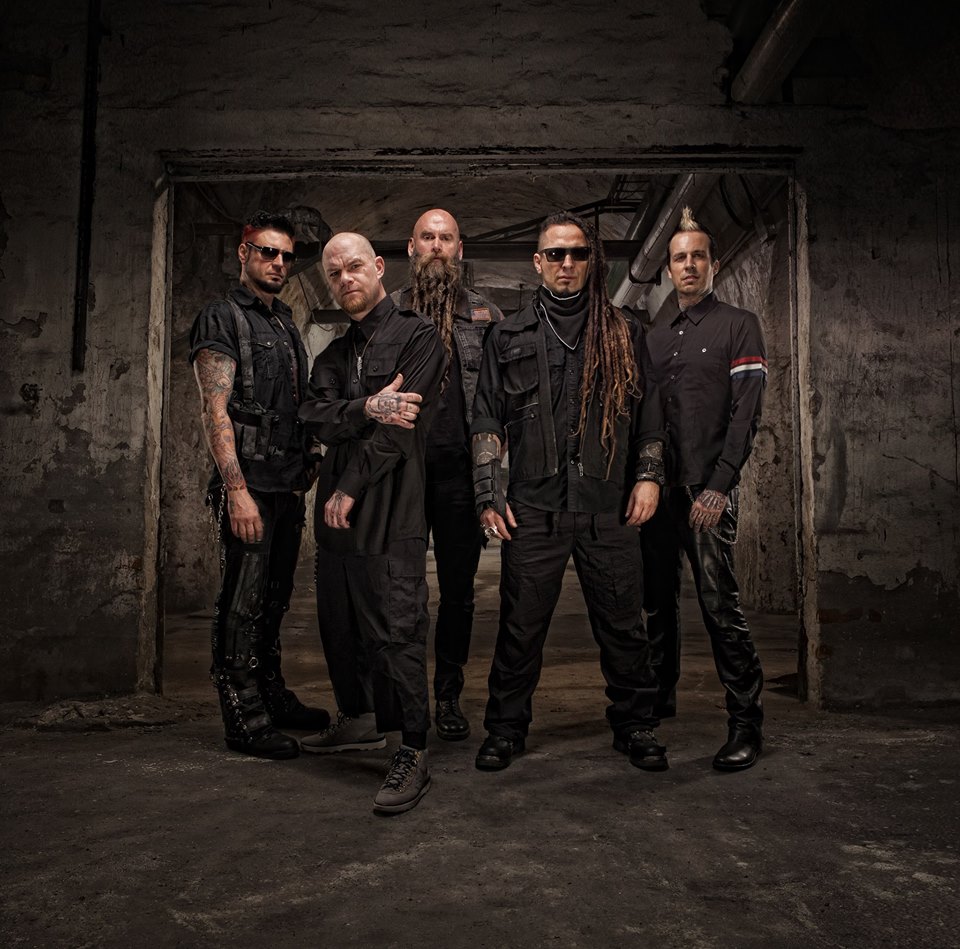