With Rock Band 4 landing on PS4 and XBox One in October to reboot the guitar-based rhythm game franchise, more bands are starting to be announced for the game. They seem to be doling out the artist and song listings slowly, with last month’s addition of 11 songs added to the initial listing, also of 11 songs. This time, they’v let another 17 songs loose, including some metal bands alongside the rock, alternative and “bands we never heard of” genres. Here’s some more songs to look forward to:

It’s cool to have Rush, System of a Down and Disturbed on the list alongside the other stuff. And it’s been our experience with past games that sometimes playing songs you’re not that familiar with are just as fun anyway. Rock Band has put together a Spotify playlist with all of the music in the game so far, but in case you don’t have Spotify, here are the other songs that have previously been announced as well:

Avenged Sevenfold – “Hail To The King”
Queens Of The Stone Age – “My God Is The Sun”
Foo Fighters – “The Feast And The Famine”
Ozzy Osbourne – “Miracle Man”
Judas Priest – “Halls Of Valhalla”
Dream Theater – “Metropolis – Part 1 “The Miracle And The Sleeper”
Fleetwood Mac – “You Make Loving Fun”
Jack White – “Lazaretto”
Scandal – “The Warrior”
The Killers – “Somebody Told Me”
Mark Ronson (feat. Bruno Mars) – “Uptown Funk”
Spin Doctors – “Little Miss Can’t Be Wrong”
The Who – “The Seeker”
Aerosmith – “Toys In The Attic”
The Cure – “Friday I’m In Love”
Live – “All Over You”
The Outfield – “Your Love”
Paramore – “Still Into You”
St. Vincent – “Birth In Reverse”
Van Morrison – “Brown Eyed Girl“ 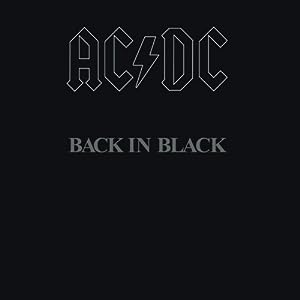