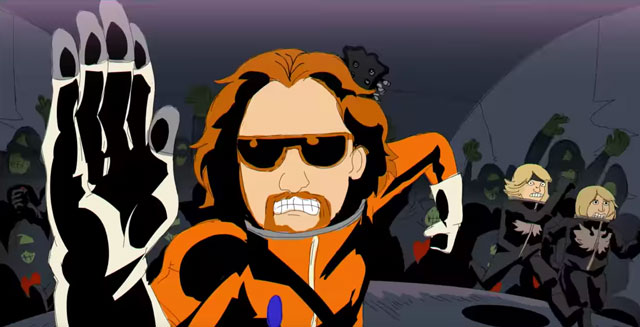 Ace Frehley has released an animated video for the track “Mission to Mars,” the newest single from his album Spaceman (2018). The video was animated by Christopher Fequiere and tells the story of Frehley’s quest to retrieve his stolen guitar from a group of Martians. Frehley is best known for being one of the original members of KISS but has since had a prolific solo career now lasting longer than his time with the “Hottest Band in the World.”