As I Lay Dying have announced their overall seventh studio album Shaped By Fire will be released on September 20th under their new home with Nuclear Blast. This marks the group’s follow-up to 2012’s Awakened as well as their first record since their controversial return. The upcoming effort was produced by the band and mixed by Joseph McQueen at Sparrow Sound in Los Angeles, CA as the mastering was completed by Ted Jensen at Sterling Sound in Nashville, TN. However, the song “My Own Grave,” was co-produced by Drew Fulk and mixed by Adam “Nolly” Getgood. To celebrate As I Lay Dying’s grand return, the band has unleashed a music video for the title track.

“We are tremendously grateful to have found positive resolve from the worst moments of our history. The previous chapter of our journey was one of pervasive hurt and pain. Subsequent years found us on varied paths—all of which slowly led towards resolutions of growth, healing, and reconciliation. As I Lay Dying’s collective purpose is to share a message of hope for everyone through the empowering outlet of music, and we are humbled by the overwhelming support we have received from family, friends, and fans so far.

We are honored to join forces with Nuclear Blast Worldwide in releasing our new album Shaped By Fire. Their legacy and contribution to the heavy music scene is undeniably incredible and we are proud to call their label home. We are thankful for their support and enthusiasm and together we look forward to sharing the best AILD record yet!

In conjunction with our new album announcement, we are excited to share a music video for the title track ‘Shaped by Fire.’ While lyrically akin to the other Shaped By Fire single releases ‘My Own Grave’ and ‘Redefined’, we explored some different musical territory to incorporate within our established sound. We’d like to thank our director Mathis Arnell, all of the crew, and actors that contributed to making this video with us under the very hot conditions!

We look forward to seeing our fans out on the road as we embark on the Latin American, European, and US tours before closing the book on 2019.”

11) Only After We’ve Fallen 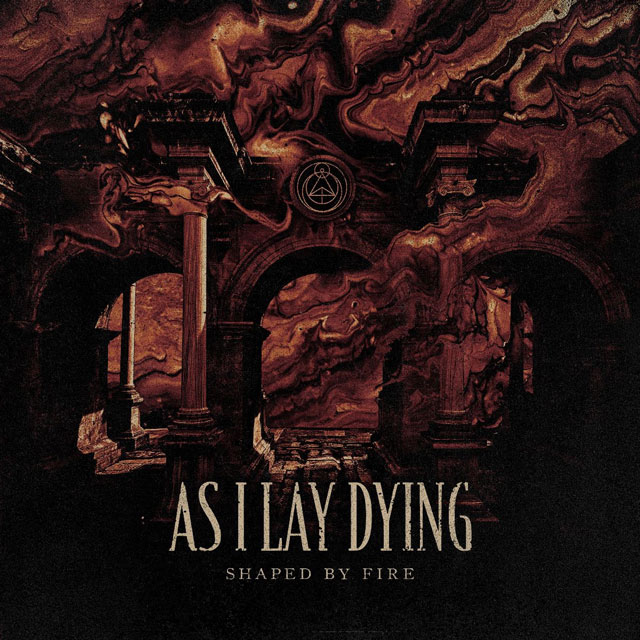 As I Lay Dying will embark on a North American Tour this Fall. Check out the tour dates at this location or on the image below: 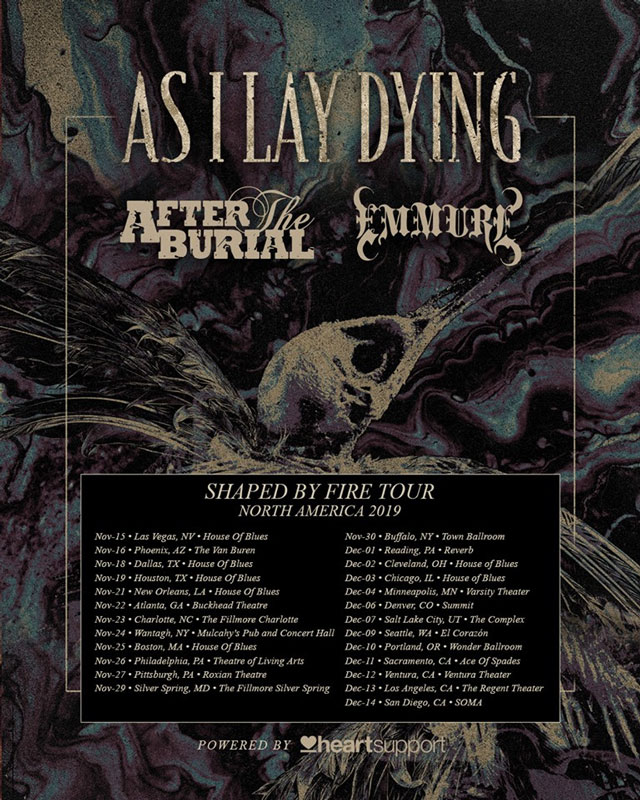 Tags: As I Lay Dying