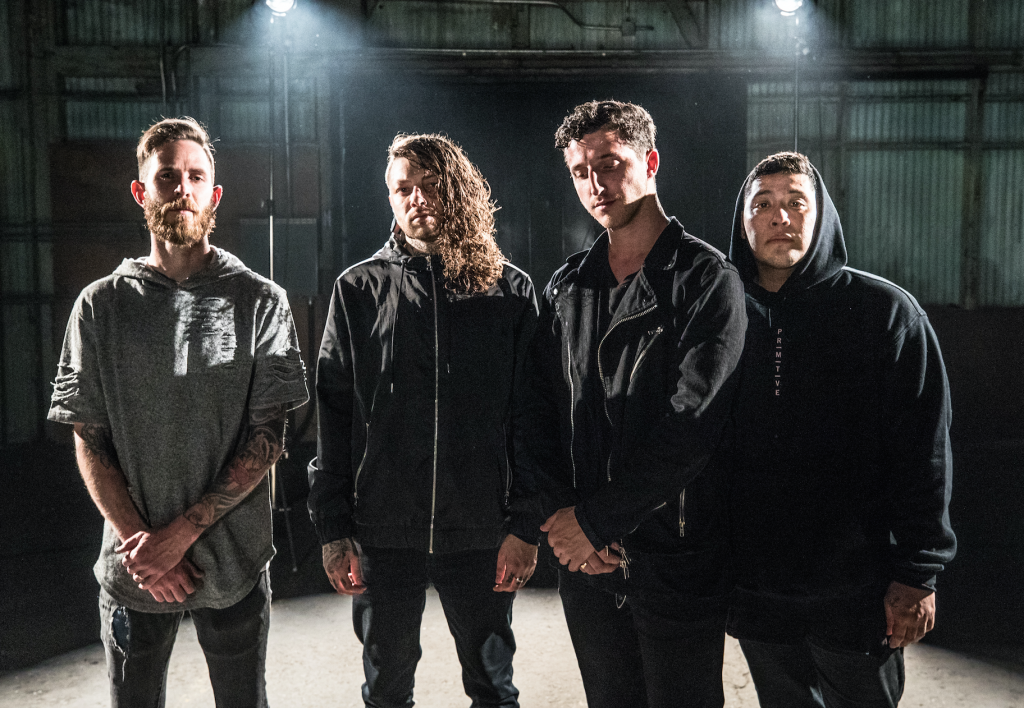 Chelsea Grin have essentially wrapped up their new album Eternal Nightmare, which is expected to arrive sometime this summer via Rise Records. Today (27th), the group unleashed the new single and video for the song “Dead Rose.” After listening to this tune, you will notice vocalist Alex Koehler’s absence. It was earlier last month when Koehler updated us on his declining health as the band have seemed to move on by replacing him with Lorna Shore vocalist Tom Barber.

“Shit-talkers, rejoice! There is a lot of news to be shared from the CG camp, much of it bittersweet. For some time now, our band has wandered through what felt like hell and back. Medical conditions, personal pressures, tour conflicts and more. It is not in our nature to let this get the best of us, so we always have and will carry on headstrong and determined.

Alex Koehler has opted to part ways with the band following his recent time spent in rehab and the life changes he’s made in newly found sobriety. We are all at a mutual understanding that the nomadic and trying nature of touring is much too volatile of an environment for a recovering alcoholic. He has made huge strides forward in shaping a new and positive lifestyle, and we will always do our part to support our friend and brother. We are still very close, of course, and it goes without saying that we wish him all the strength and willpower needed to continue his inspiring progress. We ask that all of you respectfully do the same for Alex.

Furthermore, last year Jacob Harmond parted ways with the band; you may have noticed via social media or on our most recent Never Say Die tour. Jacob recently had his second of two children, and has found his passion redirected toward family and personal goals. Again, his parting was carried out entirely amicably and with absolutely no hard feelings. As with Alex, we will forever support Jacob and his family, and will always remain close friends.

Surely this all comes as heavy news to our supporters and long time fans, but we want to confidently reassure that Chelsea Grin remains strong. During the recording process, we were faced with the challenge of pushing past obstacles to finish creating an album we were already so emotionally invested in. We had to weigh all options realistically, but abandoning our passion was never one. Our good friend and ally, Tom Barber, has stepped up to the plate to help us achieve a sound we had never imagined. His talent and drive allowed us a renewed energy, making the choice clear. Please provide Tom a warm welcome into the band, and saddle up for a darker, more aggressive sound than you’ve heard from us yet.

At this point, we are done cycling faces through the band for both your sakes and ours; we will be carrying on live as a four piece. After finding our strongest sound yet, we want to avoid confusion and a shift from the current creative focus, in addition to adding yet another face to a seemingly ever-changing lineup. We will absolutely be delivering the same crushing performance and presence as always.

All of that being said, we present to you Dead Rose, the first single off of our upcoming album, Eternal Nightmare. Welcome to a new era of Chelsea Grin.

Catch us all summer long on Warped Tour at the Monster Mutant Red Dawn stage performing both new and old material. We assure you that you won’t want to miss it.”

Simultaneously, Koehler has provided an update on why he left the band as well as introducing his new project Grudges by releasing the new song “Misery”

“Hey Guys. Chances are if you’re reading this, you’ve already heard the news about my status as a member of Chelsea Grin. Before, I tell you my story I want to sincerely thank every single one of my fans. I also want to thank every single person that helped me through the darkest time of my life. The thing about hitting rock bottom is that once you’re there, the only direction you can go is up.

I should start of by saying I am no longer a member of Chelsea Grin. For everyone who has stuck with me throughout all my years with the band I wanted to provide an in-depth explanation as to why and how this all came to be.

I’ve been struggling with depression and alcoholism for a long time now. When I was depressed I would drink to feel numb and when I sobered up (alcohol being a depressant) I’d feel even worse, so I’d start drinking again. It wasa viscous cycle that could last days, weeks and sometimes months. I attempted to stop the cycle on my own a handful of times, but eventually I would find myself starting the cycle over and over again.

It felt like constant failure. The most recent example of this occurred while we were recording in LA. Up until that point I had been sober for a few months and felt in control of the depression and alcoholism. But the cycle began again when one mistake pushed everything into a downward spiral and my world seemed to fall apart.

It felt like a normal day for me… but the truth is I had been drinking from the moment I woke up until the moment I passed out. I even disappeared for an entire day without my phone and without telling anyone where I was. The guys were worried, stressed, and scared for my safety.

At this point, the people close to me, as well as myself realized it was crucial that I receive professional help to put me on the right path for my physical and mental wellbeing.

I left the studio early and with the help of my manager Mike Milford, Kevin Lyman, and Music Cares they checked me into one of the top-rated rehabs in the country. For that I am grateful. At this point, the plan was to postpone recording and to cancel the first half of our upcoming tour with MIW. Then when I was healthy I could pick back up and I would be ready to go.

My full intentions were to participate in the tour and finish the album and this is what I was led to believe was the plan. However three weeks into treatment I received news that we had dropped the tour completely. The guys came to see me at the next visitation session and we had a very long and serious talk about the future of Chelsea Grin.

I was informed they had finished the record without me. Although things weren’t set in stone, the guys were very conflicted about the right thing to do for Chelsea Grin and for me. They felt that they could not, in good conscious, let me jump back on the road with a high potential of relapse, and end up watching me slowly kill myself.

So for the duration of my rehabilitation I did a lot of thinking and I knew I had to make one of the most heart wrenching decisions of my life. I had no choice but to step down as the singer of Chelsea Grin. This was a decision that truly tore my heart into pieces. It was heart wrenching but led me to where I am in my life now.

I am currently three months sober and happy to report that I am in the best shape of my life. I’d be lying to everyone if I said ‘I got this’ but I am sure as hell going to strive to be the best I can be and keep at it.

Though I may no longer be a member of Chelsea Grin, there was no way I could bare not creating/playing music anymore. So, I’m choosing to carry on by myself as a musical entity known as Grudges. So…that’s my story. Thank you, and I hope you enjoy the music video for my first single entitled ‘Misery‘… Written while I was in rehab.”

Check out the song “Misery” below: 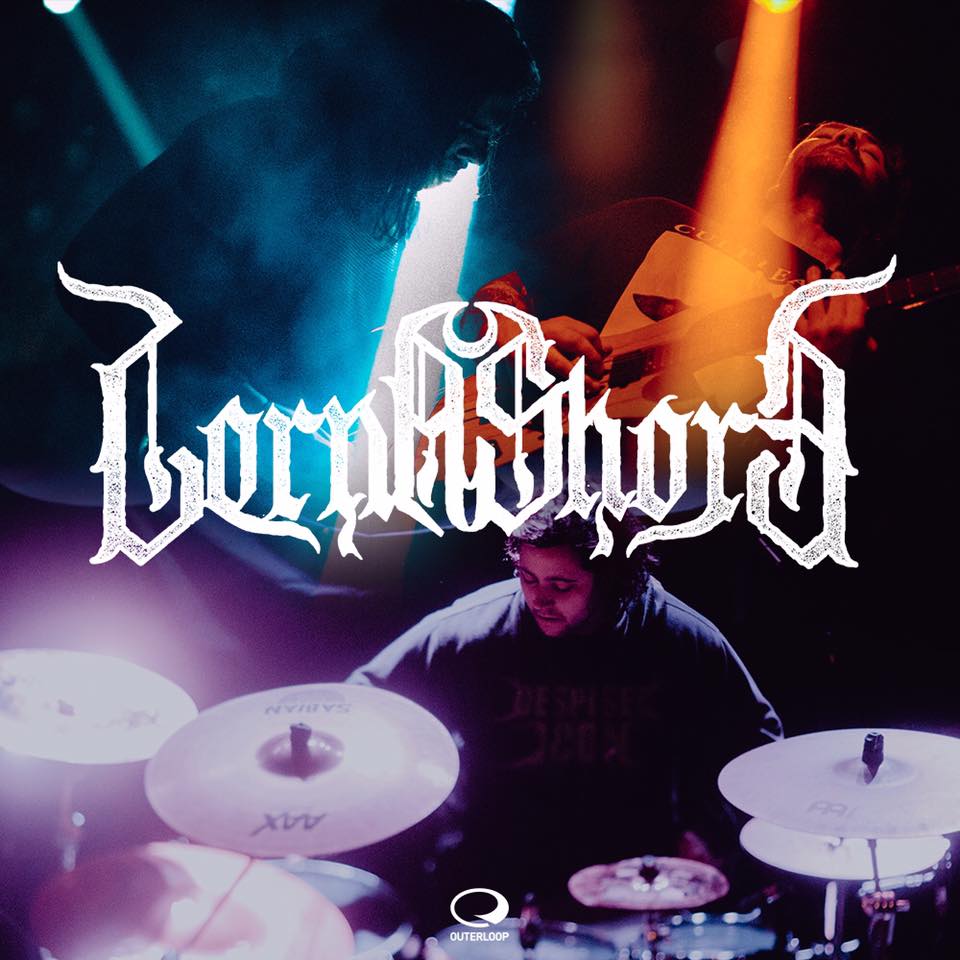