Dutch symphonic metallers Epica surprised us with the premiere of the new video for “Beyond the Matrix.” The song is taken from their latest album, The Holographic Principle, released on September 30 via Nuclear Blast. The album is referred as the bigger sister of 2014’s The Quantum Enigma and considered by some as one of the best albums of 2016. The video arrived just in time for a big European tour with Powerwolf that kicks off tomorrow and this song is one of their favorites to perform live. You can see how much fun they had performing this tune during their North American run last month here.

“The video embodies the spirit and liveliness of Epica. Transcend together with us and shine past the sky.”

”Beyond the Matrix is one of my favorite tracks to play live from our new album, as it makes the crowd go wild, so I’m happy we are releasing a video of it. We have managed to catch the energy of the song and translate it into images (& words). The song is dealing about us humans, being caught in a matrix (an illusion) because of our excessive thinking. We have lost control over our lives and accept the illusion as ‘the one reality’. But if we manage to free ourselves from those shackles and become masters of our thoughts again, we can make a huge step forward in collective consciousness and will be able to look beyond the borders of our matrix. Fasten your seatbelts and enjoy the ride!”

The video was produced by Jens de Vos and team at Panda Productions.

Check out the European Tour dates below! 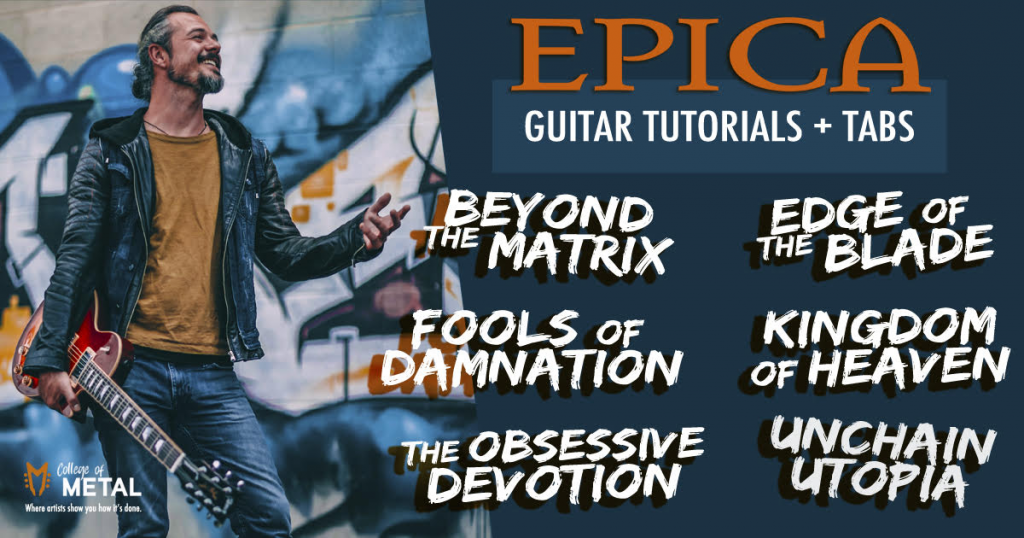