Earlier this year, after giving a live debut of “Antifa,” Ministry initially planned to release their forthcoming album AmeriKKKant during sometime this fall . However, a lot has changed since the industrial metal outfit signed with Nuclear Blast Records for the first time. We can only assume this gave them more time to polish the LP, and it is now expected to arrive on March 9th, 2018. Today (11th), the group unveiled the official video for the song “Antifa.”

“This album, ‘AmeriKKKant will provide FEMA-type relief for the devastation ‘Hurricane Cheeto’ has brought upon us.”

The record was produced by Uncle Al and recorded at Caribou Studios in Burbank, CA between January and May this year.

To celebrate the LP’s arrival, the group will embark a North American trek that kicks off on March 22nd and concludes on April 28th. Chelsea Wolfe will be joining them for support. Tickets go on sale this Friday (15th) at 10:00AM local time. 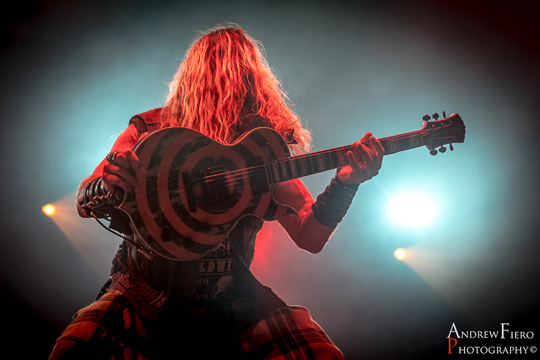