2019 is a big year for Sacred Reich as the group’s first album in 23-years, Awakening, will be released on August 23rd via Metal Blade Records. The band has already shared the title track and today (17th) they dropped another new song with “Manifest Reality,” along with a music video directed by Mark Pellington (U2, Foo Fighters, Pearl Jam, Public Enemy).

“‘Manifest Reality’ is about overcoming mental obstacles and becoming the change we want to see in the world. No one is coming to save us. It’s up to us. The song is very positive and encouraging.  The video, directed by the supremely talented Mark Pellington, shot by the incredible Ann Evelyn Lawford and talented corps of dancers choreographed by Nina McNeely presents a dichotomy. It shows the struggle we face day to day, moment to moment in overcoming the habits we have created that hold us back. The conflict between our best and worst instincts. Releasing grief and overcoming isolation. The yearning for something better.”

Sacred Reich will be hosting an album launch party on August 23rd at True Tattoo in Hollywood, CA. The private album launch party will take place from 9PM – 11PM and the event will be hosted by Metal DJ Will. The first 50 fans to sign up have a chance to attend and you can submit your entry here. This fall, Sacred Reich will be teaming up with GWAR, Toxic Holocaust, and Against the Grain for an extensive tour. Check out the tour dates at this location. 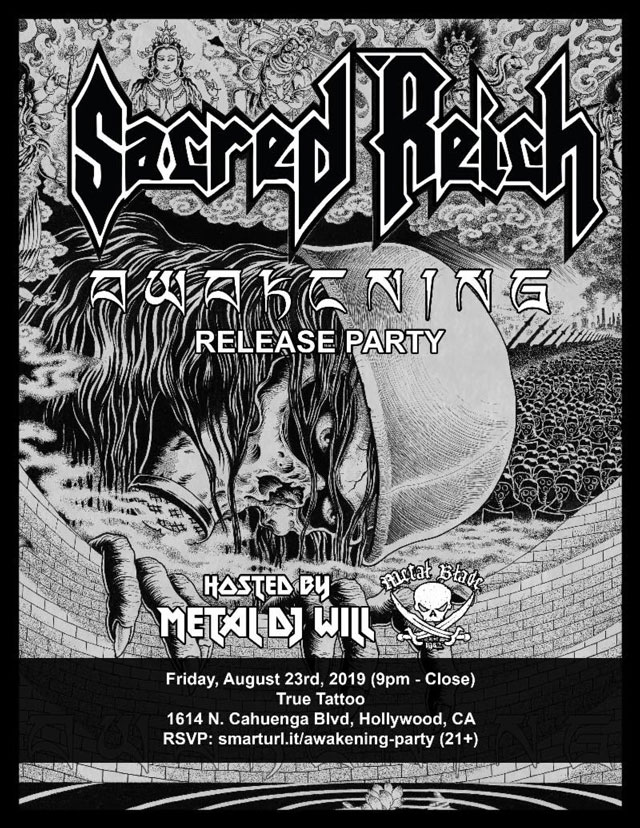 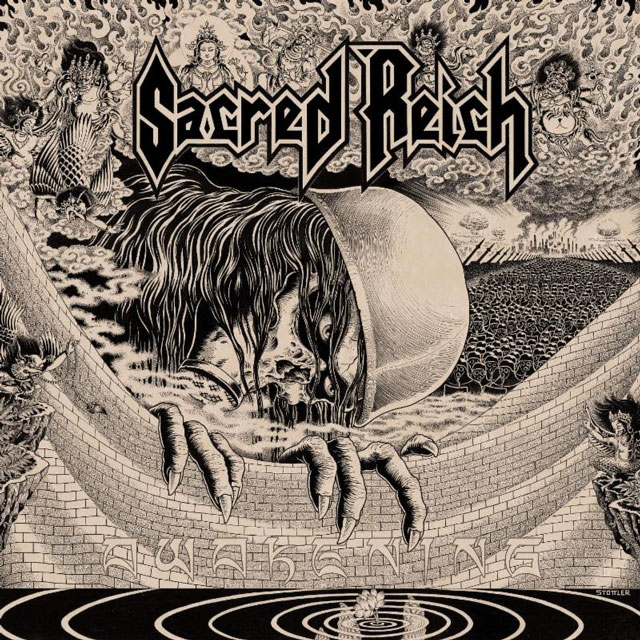