Finally! After all the rumors floating around on Testament’s new album. The speculations are indeed correct as these Bay Area thrash giants’ next offering, Titans of Creation will be released on April 3 via Nuclear Blast. The record was produced by frontman Chuck Billy and guitarist Eric Peterson. Juan Urteaga of Trident Studios did Co-producing, as well as recording and engineering. Andy Sneap did mixing and mastering. To celebrate the follow-up to 2016’s Brotherhood of the Snake, the band has unveiled a lyric video for the first single, “Night of the Witch.”

‘Night Of The Witch’ uses old school lyrics about witches chanting in the moonlight and casting spells. The beauty of this song is that I worked Eric’s vocals into the chorus. I wanted to incorporate him as he does Dragonlord and this song was a perfect match. It is a heavy song and a great way to introduce everyone to ‘Titans Of Creation.’”

Listen to “Night of the Witch” below and pre-order the album here:

Check out the track listing and album artwork by Eliran Kantor:

01) Children Of The Next Level 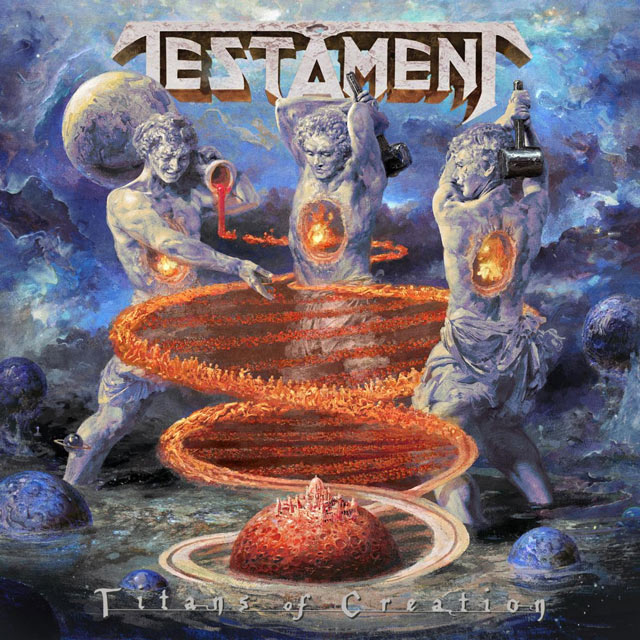