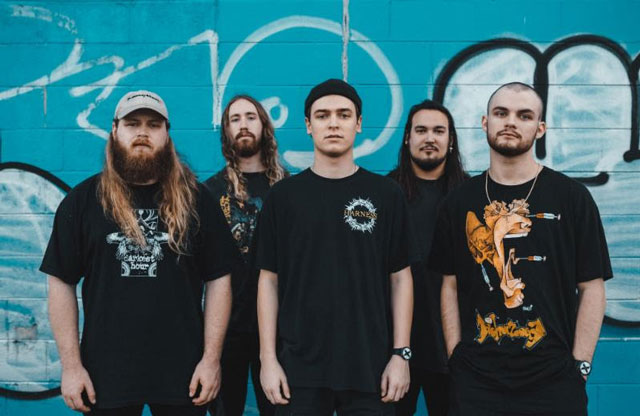 The Block by Blockwest Festival took place this past Saturday (16). Held virtually in the video game Minecraft, the festival featured a line-up of punk, metal and alternative bands playing sets as block-versions of themselves for an audience there ready to have a good time.

Such energy was especially apparent during Knocked Loose’s set on stage three, which at one point saw a virtual wall of death form. You can see the crowd going wild, rushing the floor from the sides and slam-dancing. Twitter user Jordan Uhl captured the occurrence, which can be seen via Twitter.

Block by Blockwest was curated by post-punk band Courier Club in an effort to raise money for the CDC Foundation’s COVID-19 Relief Fund. The festival was initially supposed to take place on April 25, but the amount of people that flooded the game crashed it’s servers.

Other bands who played during Block by Blockwest include Pussy Riot, Fever 333, Grandson, The Wrecks, Movements, Idles, Against The Current, Cherry Glazerr and more.

This is not the first time concerts have been held in Minecraft. With the pandemic closing virtually all venues, bands and artists have taken to finding unique places to have shows, which has increasingly included video games such as Minecraft and Fortnite.

If you missed the festival or want to relive it, footage from stages two and three can be found on Courier Club’s YouTube channel.

Knocked Loose released their sophomore album, A Different Shade of Blue, in 2019 via Pure Noise. The band is still set to kick off a live North American tour with Parkway Drive, Hatebreed and Fit For A King in August.

just witnessed a wall of death happen in minecraft pic.twitter.com/KyXdWKgNqE