Last night at the Secret Solstice Festival in Iceland, the Foo Fighters headlined. With new song “Run” already being spun everywhere that still plays rock music, it’s practically become a staple in the 2 1/2 weeks it’s been out, so the band took the opportunity to debut a new song. “Lah Di Da.”

In addition, the band gave “Run” it’s live debut and also played another new song, “The Sky Is a Neighborhood.” That song had been played live before, but only acoustically by Dave Grohl and Taylor Hawkins.

The band’s set ended with Grohl bringing his eight year old daughter Harper onstage to play drums on a cover of “We Will Rock You.” He explained that Harper came to him saying that she wanted to play drums. While the “kick, kick, snare” beat isn’t all that complicated, it’s still kinda cool to see her onstage in front of 20,000 people nailing, and it might not be the last we’ve heard from Harper Grohl. 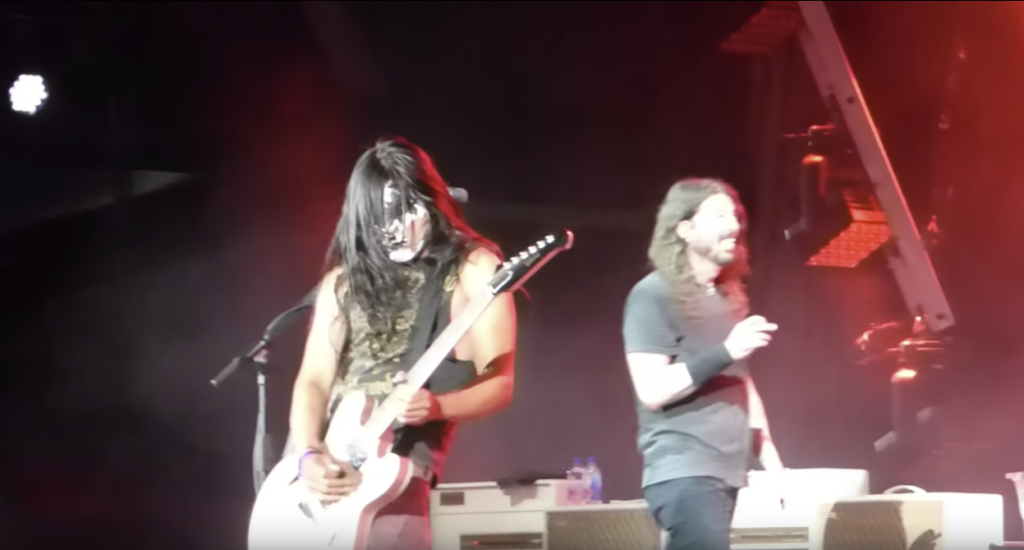